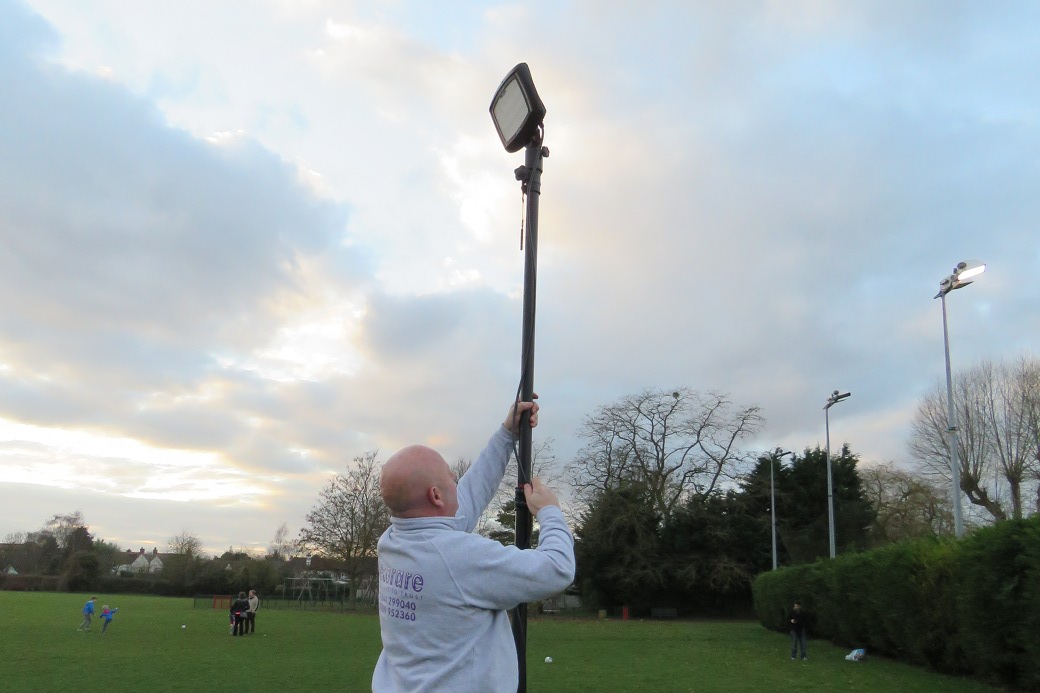 Founded in 1910, Haddenham United has a long and proud record in the local leagues around Aylesbury. Like most amateur football clubs, the team hold their training and practice sessions after work.

During the winter this can be very difficult if there is no artificially lit area nearby. For a long time Haddenham United has used an area near the village tennis courts where there is sufficient light for some basic training. Unfortunately, as this area gets overly used it also becomes very muddy and slippery.

The club decided that they needed some portable lights of their own so that they could utilise more of the area of the playing field, and even have practice matches during their training sessions.

At nearly £500 each, the lights are very expensive. Also, the club would require up to eight of them to light up the area properly and although there were some funds available, the club needed help to cover the total cost. Tim Finch, a member of the club's committee, approached one of his friends, Steve Smirthwaite, who he knew to be a member of the Haddenham Lodge, No. 8944, to see if the masons could help.

Steve, who is a committee member of the Bucks Masonic Centenary Fund (BMCF), asked if it could cover the provision of some lights. At their latest meeting the BMCF was delighted to authorise £2,000 toward the cost.

Gavin Way, the Team Manager said: "We are extremely grateful to the BMCF as we are now able to hold our sessions at any time and on better areas of the playing field. This also helps to protect those areas of the pitches and playing fields which may otherwise get overused."

Steve, who recently visited the players on their first training session of 2017 under the new lights, was very impressed with the area that just four of the lights could cover and said: "We at the BMCF were delighted to assist Haddenham United with their request."