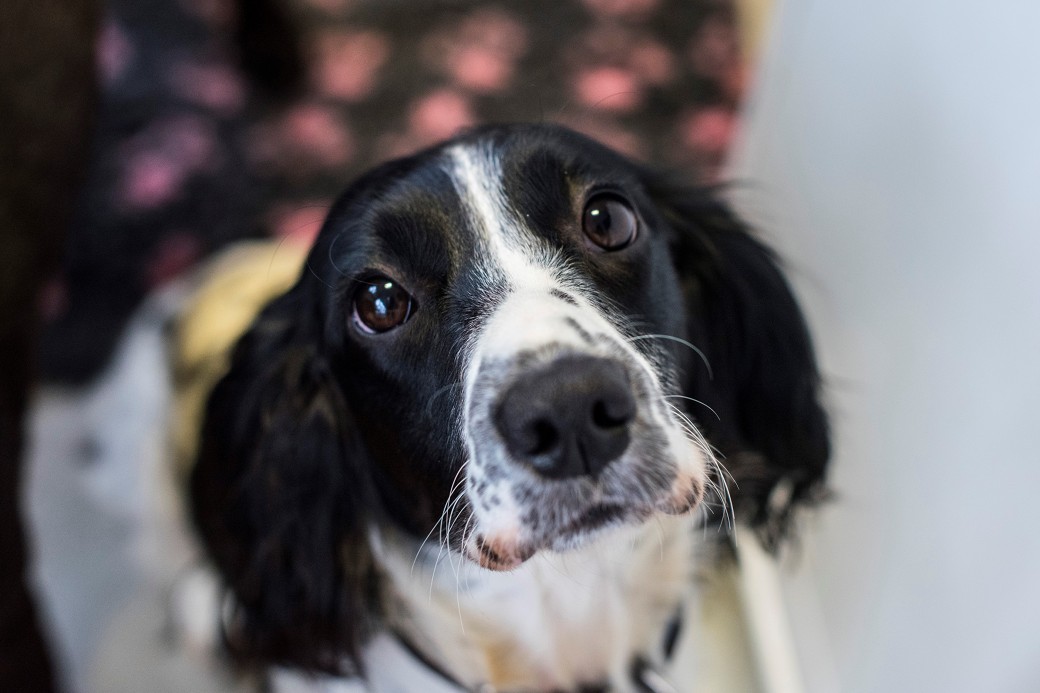 Medical Detection Dogs (MDD), based in Great Horwood, are a ground breaking charity that trains dogs to sniff out various cancers in human urine samples providing an early warning to the onset of the disease.

Although still at the trial stage the dogs are proving to be incredibly accurate at detecting cancer in controlled samples and tests are under way to use this technique to uncover other conditions, including Parkinson’s disease.

This year is the 300th Anniversary of Freemasonry and as part of the celebrations the Masonic Charitable Foundation (MCF) is distributing three million pounds to 300 charities across the country, with the public vote deciding on the range of Awards from £4,000 to £25,000. The vote was open to everyone in the country whether or not freemasons and, as a result of the votes cast for charities in Buckinghamshire, MDD was granted £15,000

On a separate theme, MDD had also approached local Freemason, Paul French, to see if he could help with funds for a pop up exhibition display stand that could be used at fund raising events at other venues as well as in the Lecture Theatre at MDD HQ .

Paul approached some of the Freemasons’ lodges based at the Eliot Hall in Winslow and they combined to provide a cheque for £700 to pay for the new display. Members of the local lodges, along with their wives, were invited along for a talk followed by a practical demonstration of the dogs at work.

During the demonstration control samples were placed in different positions on a carousel and, on each occasion, the dogs correctly detected the positive sample.

Due to the charity’s strict no kennel policy, all the dogs live with local families who foster them and bring them to work at MDD in the morning and take them home in the afternoon, four days a week, ensuring that they have a loving family life and that they get a day off in the week too!

Dan Howard of MDD said: “Our Bio-Detection Dogs are trained to find the odour of diseases, such as cancer, in samples from urine, breath and swabs. Our Medical Alert Assistance Dogs are trained to detect minute changes in an individual’s personal odour triggered by their disease and alert them to an impending medical event. We are most grateful to Buckinghamshire Freemasons for these amazing donations as they will enable us to continue our important and ground breaking work.” 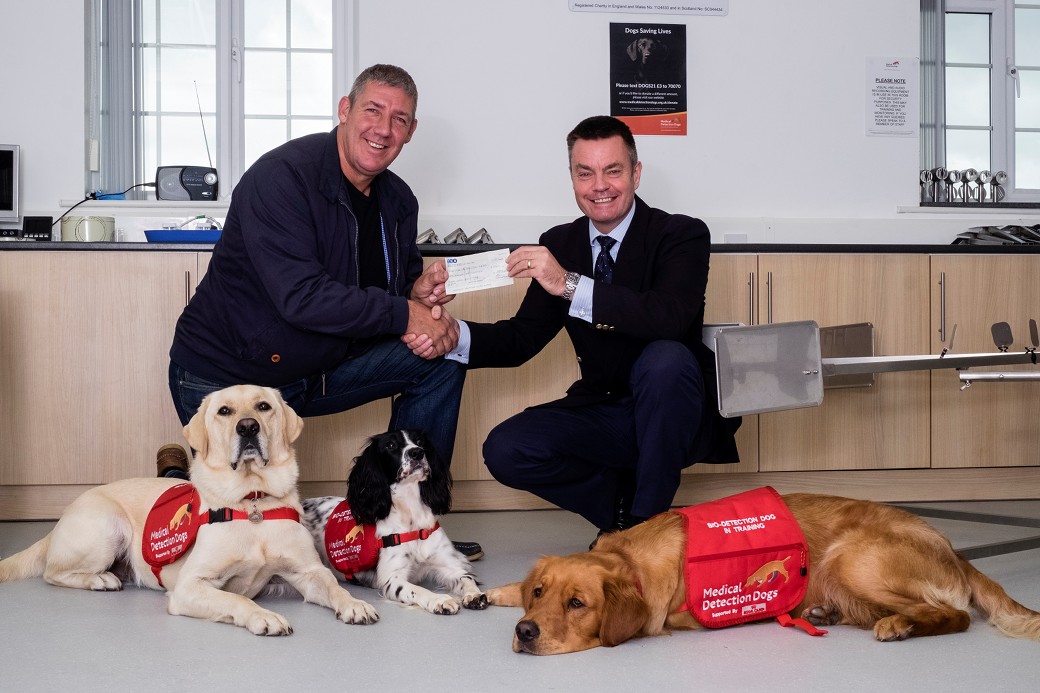 Paul French and Dan Howard as well as dogs, Axel, Freya and Bumper

Paul French added: “We were extremely pleased to be able to help Medical Detection Dogs with these grants. In particular, the following all donated towards the new display: Winslai Lodge, 2435, and Chapter, Claydon Lodge, 9178, Saxon, 9735, New Urban, 6371, Nightingale Mark Master Masons, 1768, and Roman Way Chapter, 9533.” 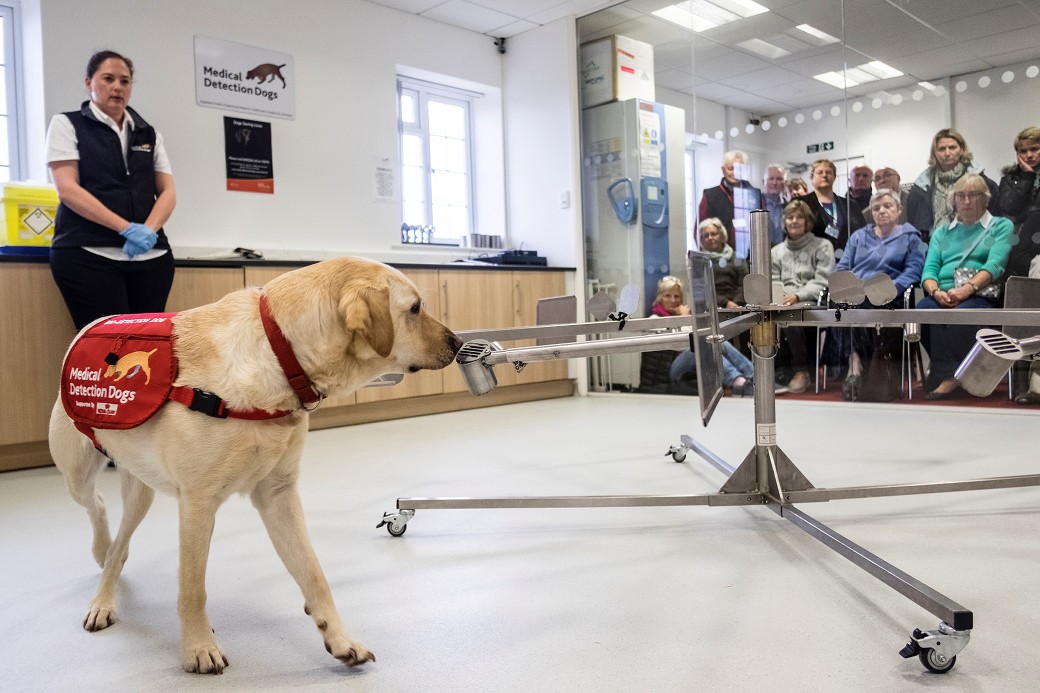 Lexi sniffing a sample on the carousel