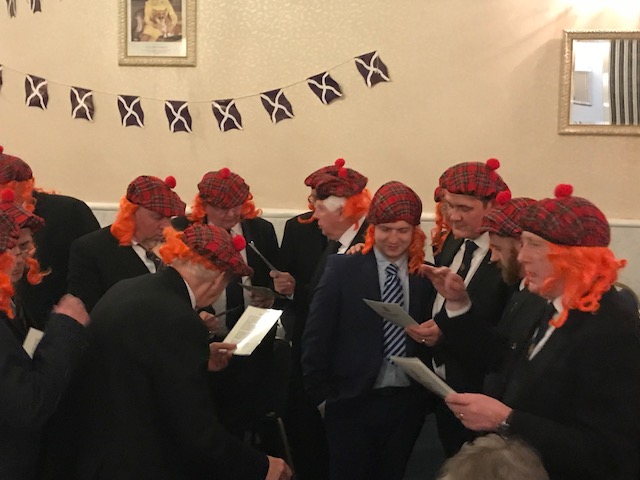 However, this was no ordinary celebration as it was the Lodge’s 50th anniversary of its consecration way back on the 17th January 1968.

The Lodge was consecrated at Tyler's Green Village Hall and has been resident at the Slough Masonic Centre and now meets at the heart of the Province at The Beaconsfield Centre.

The festive board was attended by over 100 members and Guests, Piping in the Haggis was performed by W Bro Mark Hayes and the traditional address to the Haggis was delivered in a splendid manner by Mrs Mary Roach.

Other toasts to ”The Immortal Memory of Robert Burns” were given by the Junior Warden W. Bro. Norman Birkitt.

The evening was overseen by the DC of the lodge W. Bro. Graham Mc Gowan-Smyth.

Traditional Scottish songs were played throughout the festivities climaxing with the singing of Auld Lang Syne, which bought Five Points 50th Celebrations to a suitable end.