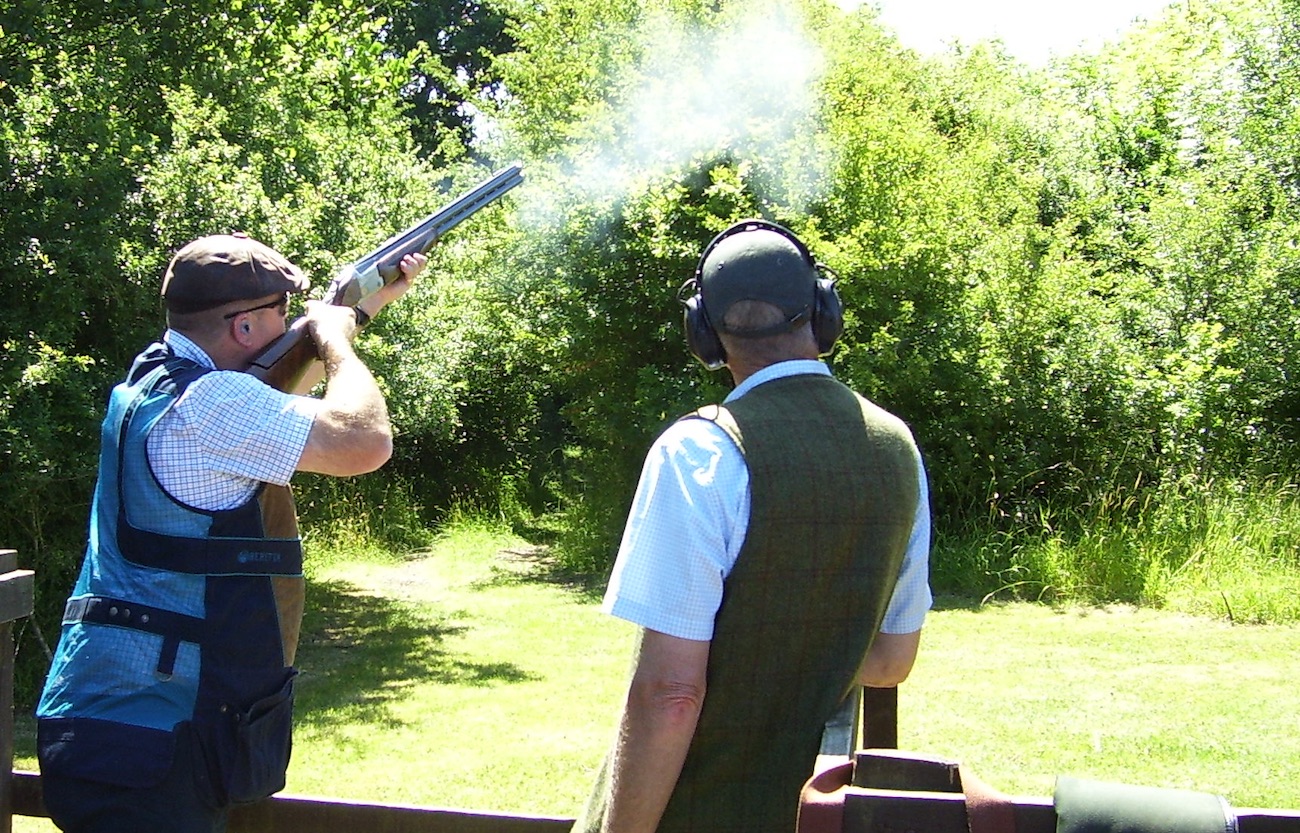 After the snow and high wind at the March shoot at West London S.G. this event was held in very hot and sunny conditions at The Oxford Gun Company S.G. in Oakley, Bucks.

In fact it was the hottest day of the year so far.

Only 20 shooters took part, this was due to some of the regular attendees being on holiday or work commitments.

The competition was hot although the scores were not. The course had been set-up for the top shooters in the UK, to practice on for the World Championships (being shoot at Churchills S.G. that week).

This being the case, scores were somewhat on the lower side than would normally be expected.

High Gun on the day was Phil McDonald Bucks on 78 Ex 100 with the next closest shooter being Barry Newell on 66 Ex 100 (Guest High Gun).

Runner-up in the Masonic class was Marc Price MetGL on 63, the runner-up in Guest class was Alan “Nobby” Newell on 56, Ladies High Gun was Louise Jennings Hoole on 60, and Runner-Up lady was Lea McDonald (Phil’s better half).

The trophies were presented by Emily Damment, (Acting Editor of Clay Shooter magazine) who shot with us for the first time, and is looking forward to shooting with us again, she scored 49 joint 8th.

£400 was raised for CANINE PARTNERS a registered charity that transforms the lives of people with physical disabilities by partnering them with assistance dogs.

This can bring a greater independence and quality of life to their partners, offering security, companionship and practical help with everyday household tasks.