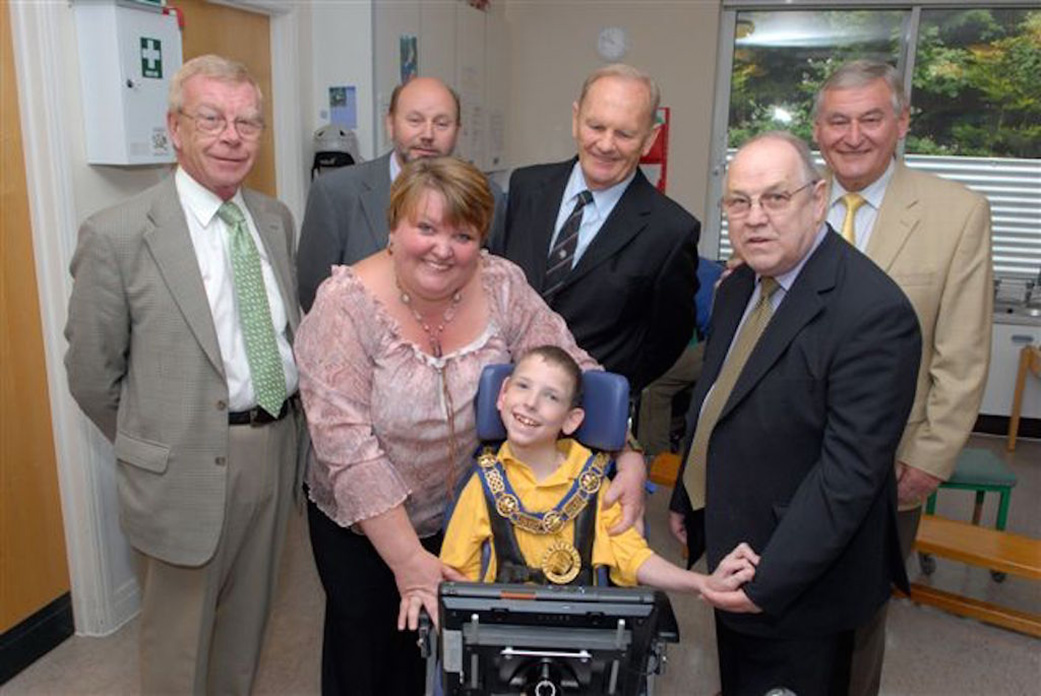 Masons Help Give Jason His Voice

Jason is 11 years old has Cerebral Palsy and his whole world is centred around his wheelchair.

That does not stop him being keen on sport; he is a strong supporter of MK Dons, is doing well at school subjects and is a member of a loving family living in Fuller’s Slade.

Jason’s family, which includes two able brothers are devoted to assisting him, their house has been adapted with ramps, and a lift, but their financial resources just could not stretch to meet the £16,500 cost of a special computer controlled by eye movement which would give him a new quality of life and enable him to speak to his parents and tutors at the PACE Centre.

Through the determination of his parents, the sum of £10,000 had been secured from charities and foundations that assist those with disabilities like Jason’s, and they had managed to save £2500 themselves. That is when members of the Grenville and Grand Union Lodges stepped in to provide the final £4000.

Jason, had a good conversation via his new computer with those present and on the day of the ppresentation, he said “I live with mum and dad, was 11 on the 25th February and have a goldfish and chickens at home” He thinks Tony Cercell is a sad Fulham supporter and tries to convert him to MK Dons with whom Jason is now in regular contact via the internet.

Ray Reed said “this gesture by the members of two Lodges that have already contributed beyond the cause to our RMTGB Festival shows the empathy and true spirit of dedicated Freemasons.”

“My predecessors and I have always been proud to wear the Hallstone Jewel and yet again Bucks Masons are showing how we care for others, our Lodges are on target to achieve £2 million for the RMTGB 2010 Festival but in addition during the past year have contributed in excess of £120,000 to local communities and causes such as Jason’s as well.”

Jason had the last word telling his favourite joke, “What do cats like for Christmas – Mice Crispies”.