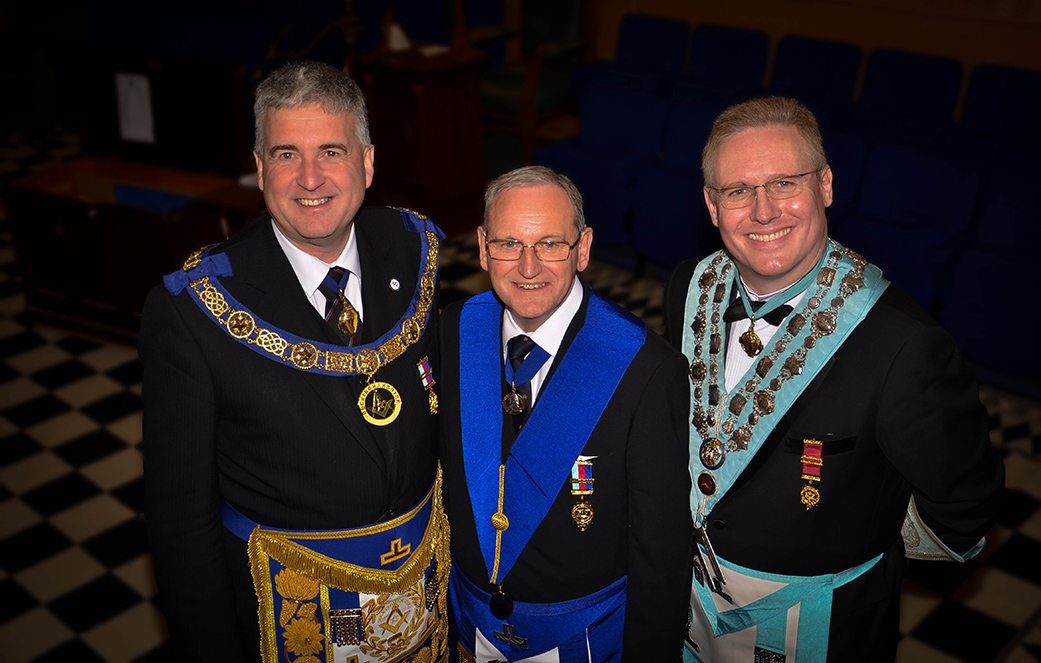 Buckinghamshire and Berkshire was originally a joint Masonic Province, but, in 1890, they became independent, with Lord Carrington as Provincial Grand Master for Buckinghamshire.However, Sir John Throckmorton had been PGM in 1796, although there were no Lodges, it being purely a nominal office within Grand Lodge.

Buckinghamshire was without a Lodge until May 1852, when Buckingham Lodge No. 591 was formed at Aylesbury. Sir John was also PGM for Berkshire, but on his death in 1819 no further appointment was made for Buckinghamshire until 1847, when the two Provinces were united under the Marquess of Downshire.

Lord Carrington's Installation took place at the then County Hall, Aylesbury. The entire range of buildings was used for the occasion. The actual Ceremony took place in one of the courts, whilst the luncheon was held in the Corn Exchange. The first Lodges in Buckinghamshire were consecrated in 1892, and in 1901, at the Provincial Grand Lodge meeting at Marlow, a Provincial Benevolent Fund was founded. In 1905 the Provincial Directory was revived and has appeared annually ever since.

Moreover, 1905 was also the last occasion - except 1941 - in which Provincial Grand Lodge met in the Province, its annual meeting since 1906 being held at Freemasons' Hall, London.

The 1939 and 1940 meetings of Provincial Grand Lodge were cancelled because of the war, and in 1941 it was held at Wycombe Abbey School. The 1942 meeting was abandoned, and in 1943 was back at Great Queen Street.

Following the end of the Second World War, the Province expanded rapidly. In 1980, the Prebendal Close sheltered housing scheme, a Buckinghamshire project, but largely financed by the Masonic Housing Association topped up by Buckinghamshire Masons, was officially opened.

Currently there are over 120 Lodges in the Province and more than 5,000 subscribing members.