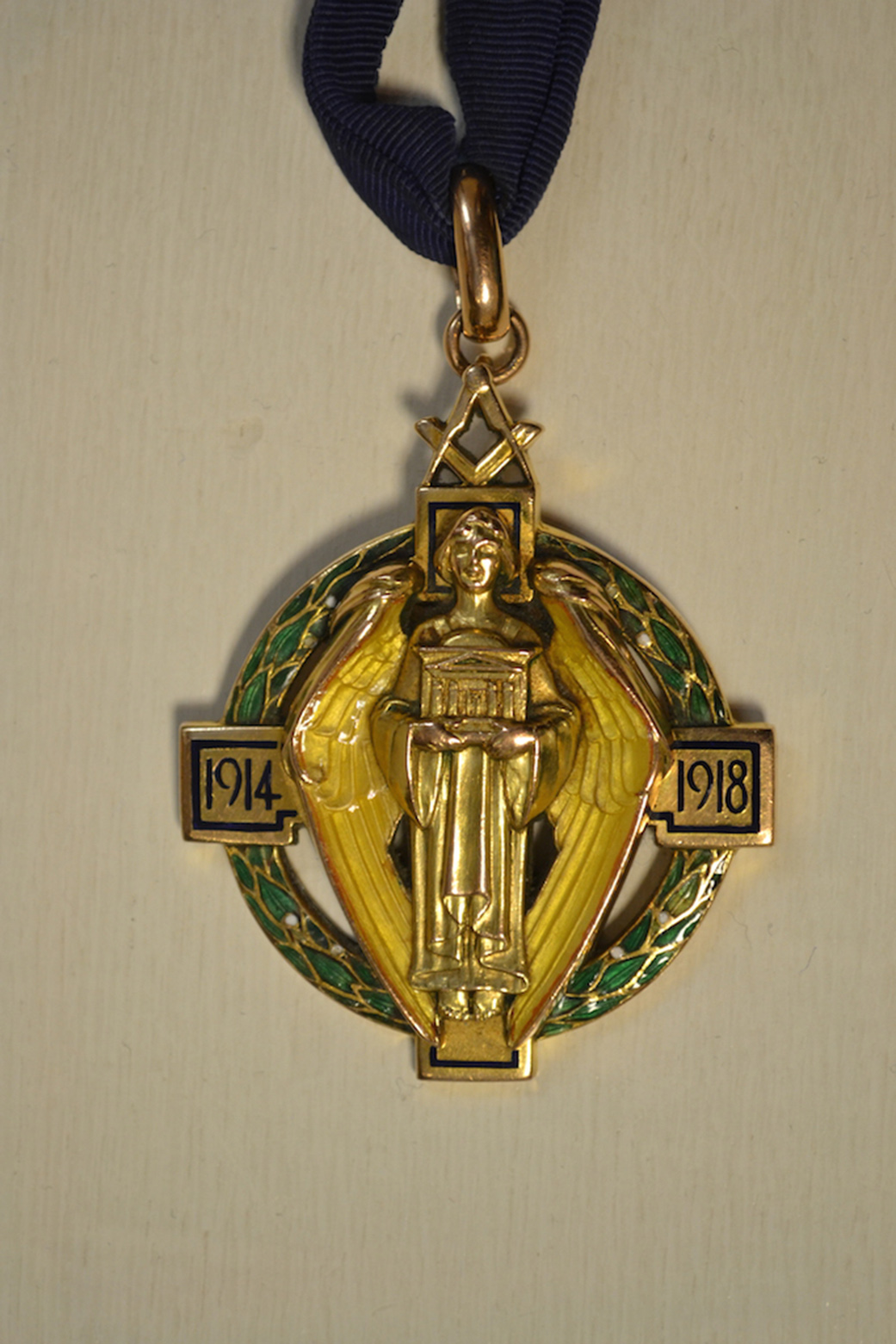 Soon after the end of the First World War, the United Grand Lodge of England decided to establish a memorial to the Brethren who made the supreme sacrifice during that terrible conflict.

It was further decided that this memorial should be the erection of a new headquarters for the Craft and an appeal was made to every member for contributions to a fund which became known as the Masonic Million Memorial Fund. Members' contributions to this fund were entirely voluntary and were recognised by three special commemorative jewels.

The first of these jewels was a personal breast jewel to be worn by any member of a Lodge under the English Constitution who contributed ten guineas (£10.50) or Lodge contributing an average of ten guineas per member. A second jewel, a gold medal on a light blue collarette, was presented to be worn by successive Masters, such Lodges to be known as Hall Stone Lodges, thus giving the jewel its name.

1,321 Lodges were thus qualified and their names and numbers are inscribed at Freemasons' Hall in London. In addition, the Province of Buckinghamshire and the Districts of Japan (now defunct) and Burma (in abeyance) had the distinction that every one of their Lodges, 40 in Buckinghamshire, contributed an average in excess of five hundred guineas (£525.00). In recognition of this achievement, a third jewel, a gold and coloured enamel jewel on a dark blue collarette, was presented to be worn by successive Provincial and District Grand Masters.

Thus Buckinghamshire is the only Hall Stone Province in English Freemasonry. The Jewel is worn at all Craft Meetings and is a permanent reminder of the supreme sacrifice made by their fellow Masons during the 1914-1918 war.