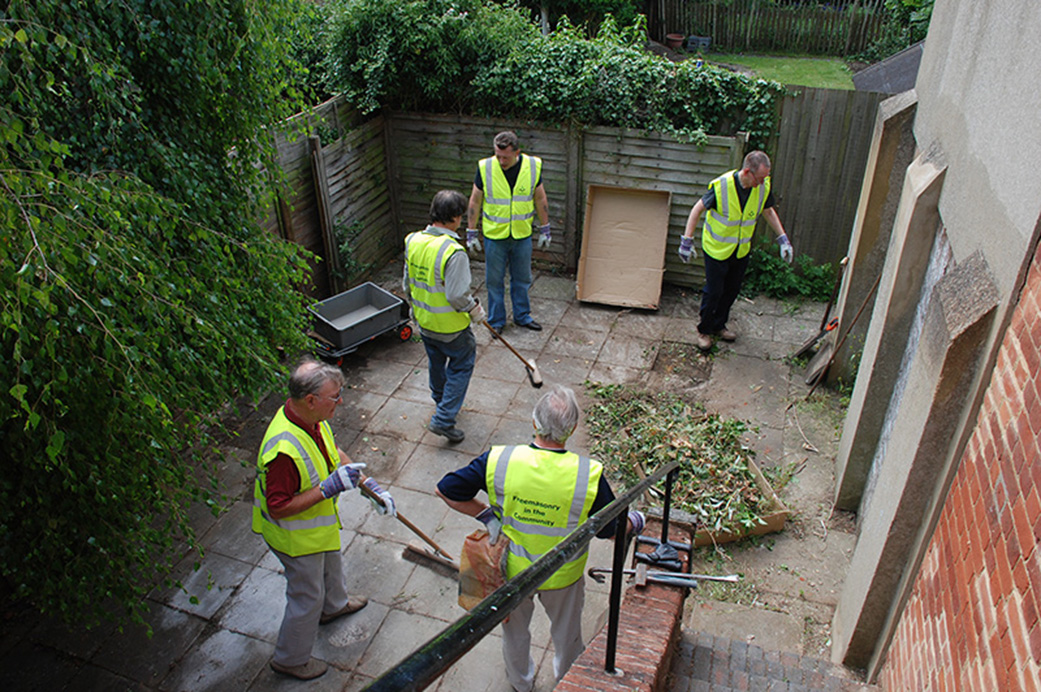 Freemasonry in the Community Week

It has been another successful year for the Freemasonry in the Community Projects Group.  Here are some of the events that were held at Masonic Centres in the Province.

In addition to the five original Centres that started this group, it now includes Linslade, Buckingham, Winslow, Stony Stratford and Wolverton. All of which have organised events and every event has been welcomed, well supported by all the recipients and we have received many letters of thanks and appreciation:

​Marlow   Sunday 10th January organised an outing to a Pantomime at Lane End Village Hall for members of Age Concern.

Marlow  Friday 18th June organised an outing to the Buckinghamshire Railway Centre at Quinton, near Aylesbury, for underprivileged children including a ride on Thomas the Tank Engine Train.

Linslade  Thursday 24th June organised an evening barbecue at the Scout Hall, Leighton Buzzard for Mencap and its volunteer helpers.

Linslade  Sunday 7th November organised a Christmas Lunch for some of the residents from various Sheltered Homes around the Leighton Buzzard area at St. Leonards Church Hall, Heath and Reach.

Bletchley  Thursday 2nd December organised a Christmas Lunch for some of the Residents of Sheltered Homes from around Milton Keynes.

If any members of the above Centres would like to assist in any future projects please contact Tim Anders 07768 511998 who will put you in touch with the relevant person at that Centre.